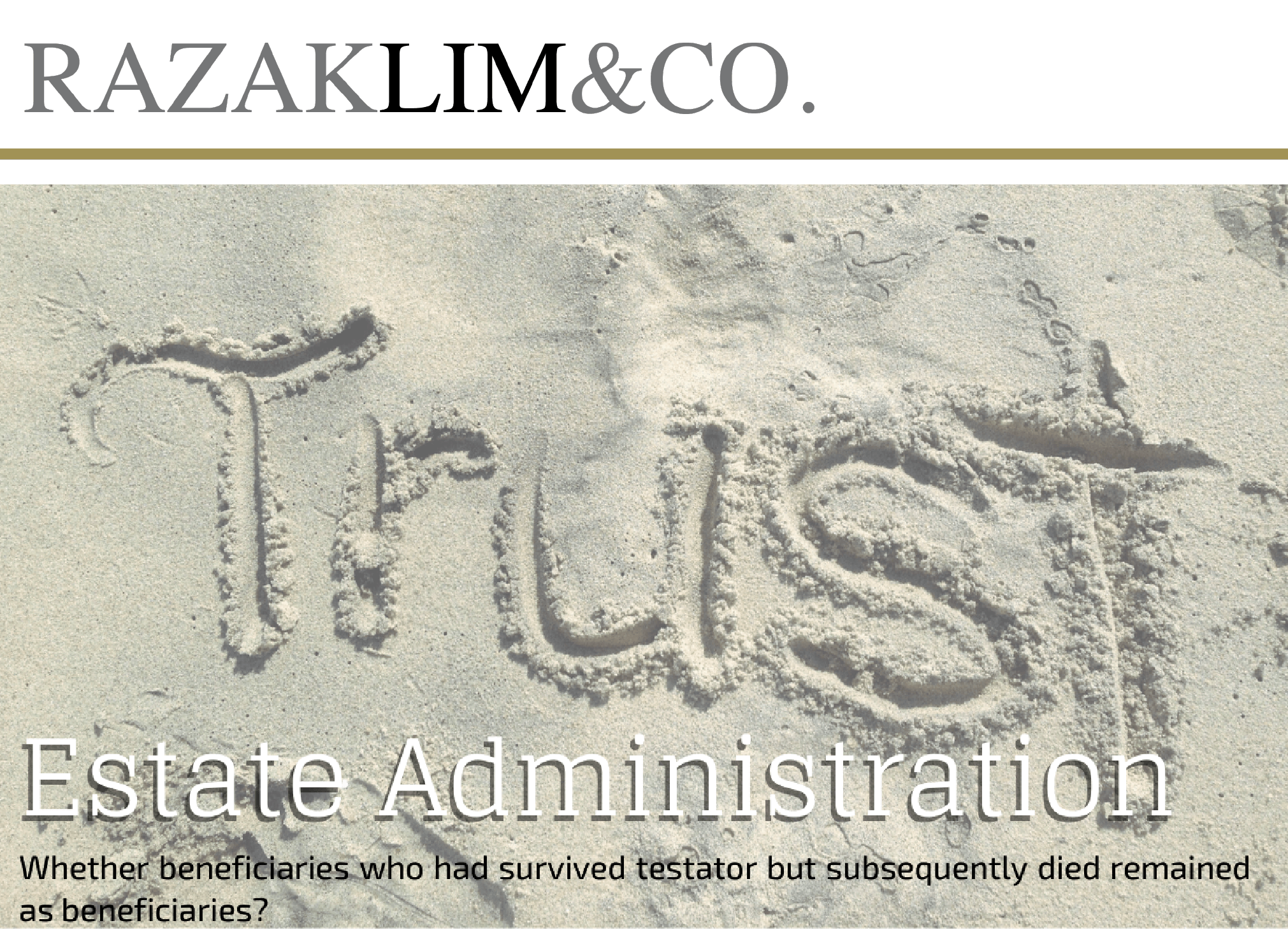 Ratnavale passed away on 9 April 1973 and on the date of his death, the eight beneficiaries mentioned in the will were alive.

Ratnavale’s wife (Annalakshmi) and mother (Ratnamal) had since passed away.

The remaining beneficiaries were the 6 children of Ratnavale.

The Court will look only at the construction of the Will and the intentions of the testator in Ratnavale’s Will, and the only way to execute the will.

The words used in the Will must be given the meaning which was rendered necessary by the context of the whole will in that a particular passage must be read together with whatever was relevant in the rest of the will to explain it.

The testator gave all of his properties to his late wife, his late mother and all of his 6 children. However, since the said will had created a discretionary trust, therefore the trustee ought to exercise their discretion in allocating the discretion as they deem fit.

A discretionary trust does not automatically give rise to disenfranchisement upon the death of any of the beneficiary.

Representatives of the estate of Ratnavale’s wife (Annalakshmi) and mother (Ratnamal) were entitled to demand their ‘equitable chose of action’ to be remitted to their estate so that they could compel the executors to carry out the terms of the trust.

Even if Ratnavale’s wife (Annalakshmi) and mother (Ratnamal) had since passed away, it does not mean that they have no right over the estate of Ratnavale.