What happens when parties in the marriage does not agree to the terms of the divorce? (What is a Contested Divorce/Single Divorce Petition?) 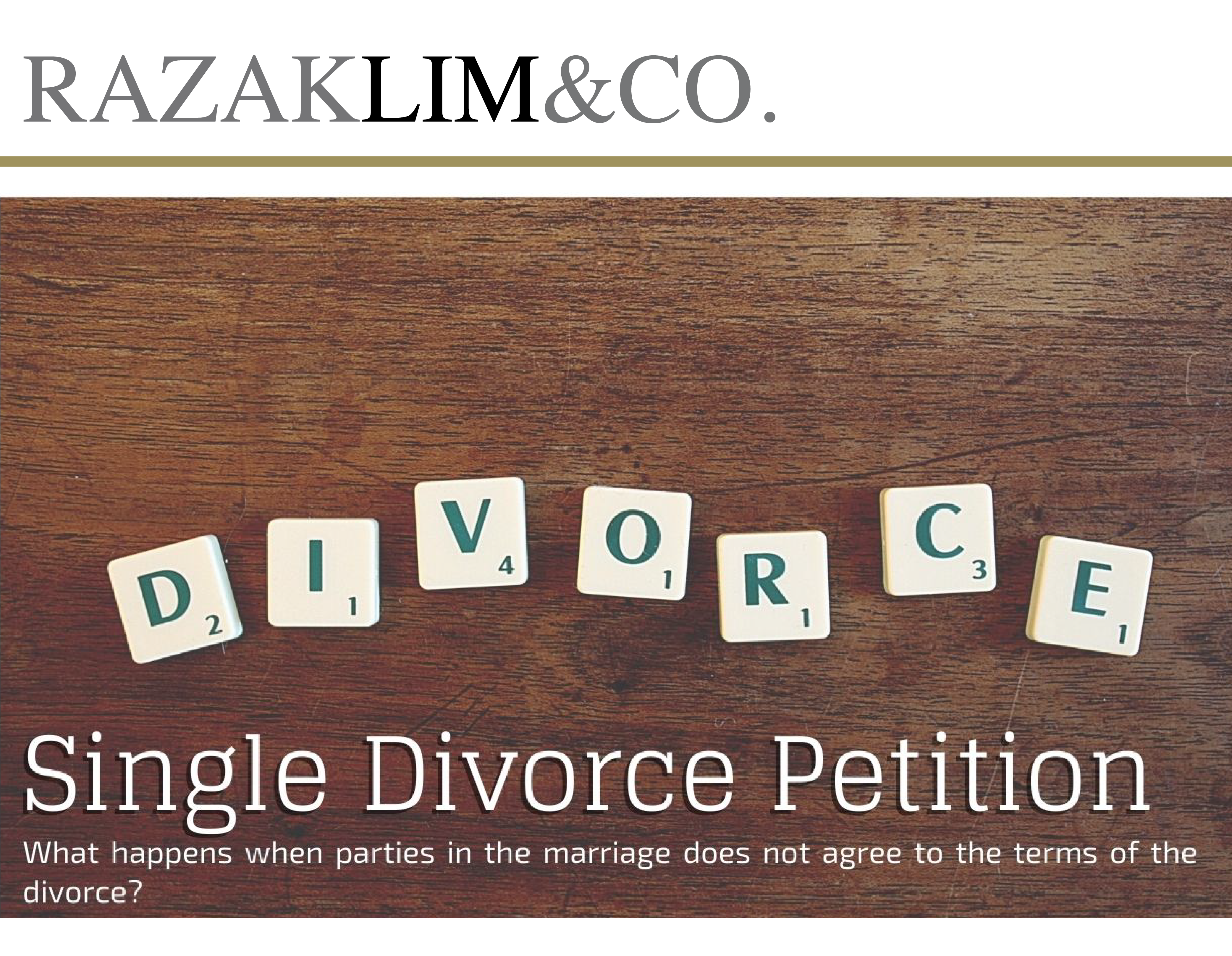 A single divorce petition is usually when an agreement cannot be mutually reached between the husband and wife. Either one of the parties disagrees to divorce or to the terms of the divorce such as, child custody, maintenance/alimony payable (either to spouse and/or children) and division of matrimonial properties.

Under Section 106 of the Law Reform (Marriage and Divorce) Act (“the Act”), parties need to undergo counselling sessions to a conciliatory body/marriage tribunal first. However, there are exceptions to this, where parties are not required to attend a conciliation.

Once the marriage tribunal certified the marriage has irretrievably broken down, a certificate/letter (also known as KC29) will be issued after three (3) counselling sessions within six (6) months.

Next, documents needed to prepare the single divorce petition:

A trial date will be scheduled by the Court where the Court will decide in respect of the maintenance, child custody and division of matrimonial property(ies). Subsequently, the Court may grant a decree nisi.

After the expiration of three (3) months (“the cooling period”), a Notice of Application for decree nisi to be made absolute shall be filed. Then, a Certificate of Making Decree Nisi absolute shall be granted by Court, which would also be used to update the parties’ marital status at Jabatan Pendaftaran Negara Malaysia. Finally, the Single Divorce Petition is now deemed completed.

A single divorce petition would usually take about nine (9) to twelve (12) months for the whole divorce process to be finalized. However, this is subject to the complexity of the case.